Experiment that includes the results and specification parameters,

Specification along with one or more plots

Plot of results.  See Figure 1 for an example study folder. 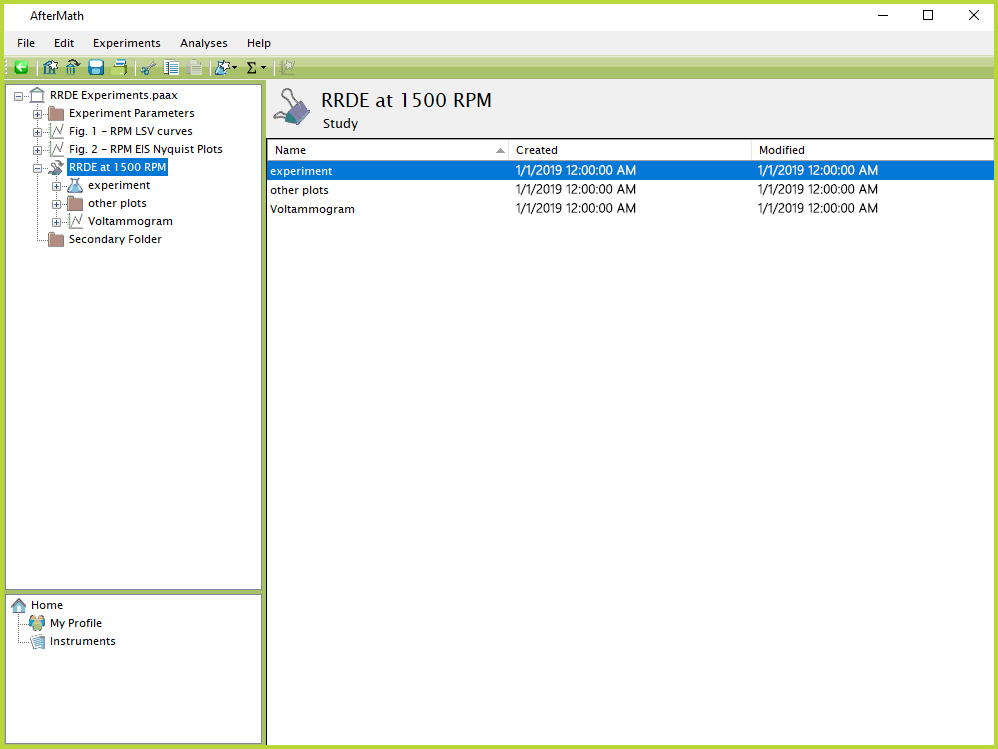 Dual Electrode Voltammetry (DECV) Inside the study folder are three items: experiment, other plots, and Voltammogram.  The experiment node contains critical information, including the timestamp, instrument details, software version, and read-only copies of the results and specification (see Figure 2).  More details on the experiment node can be found here. 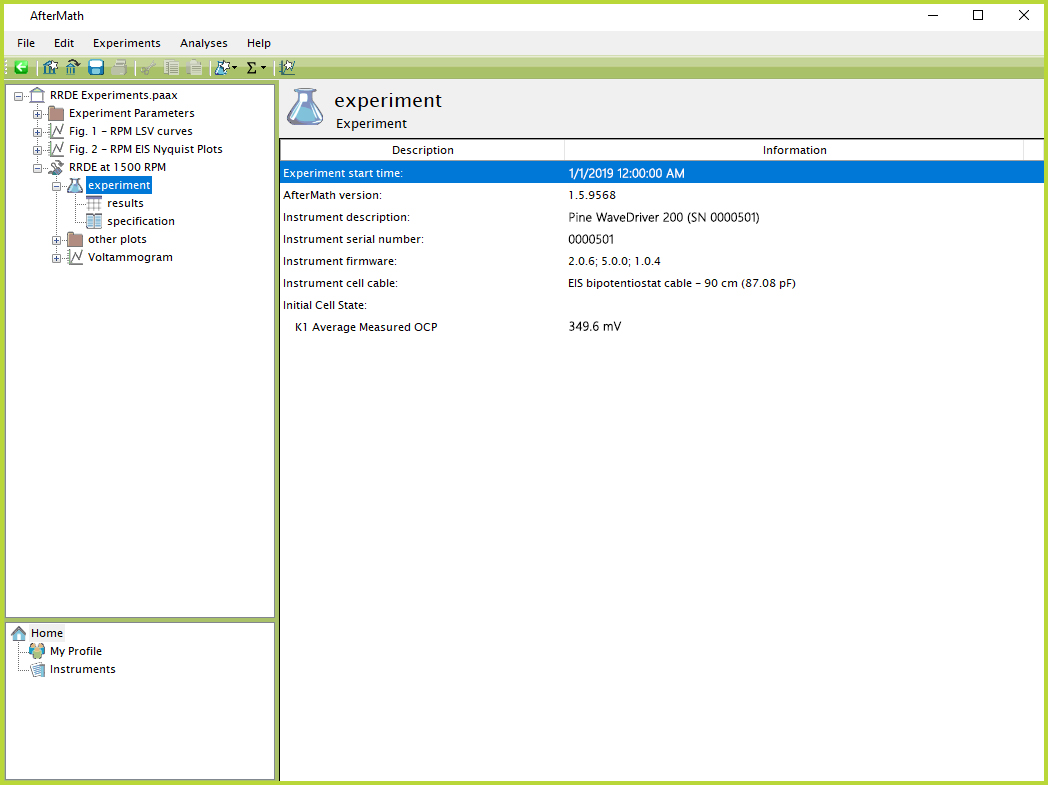 Most experiments automatically create one or more default plots in the study folder after their completion.  In this example, a plot called "Voltammogram" displays results in a manner most users would expect to see from a DECV experiment (see Figure 3). 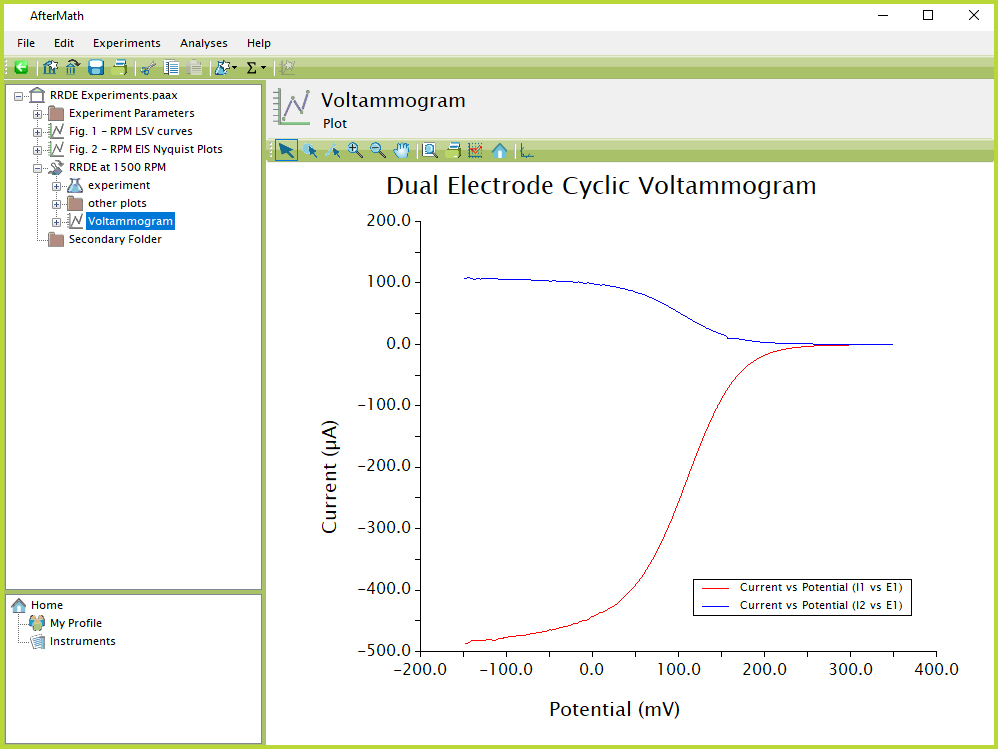 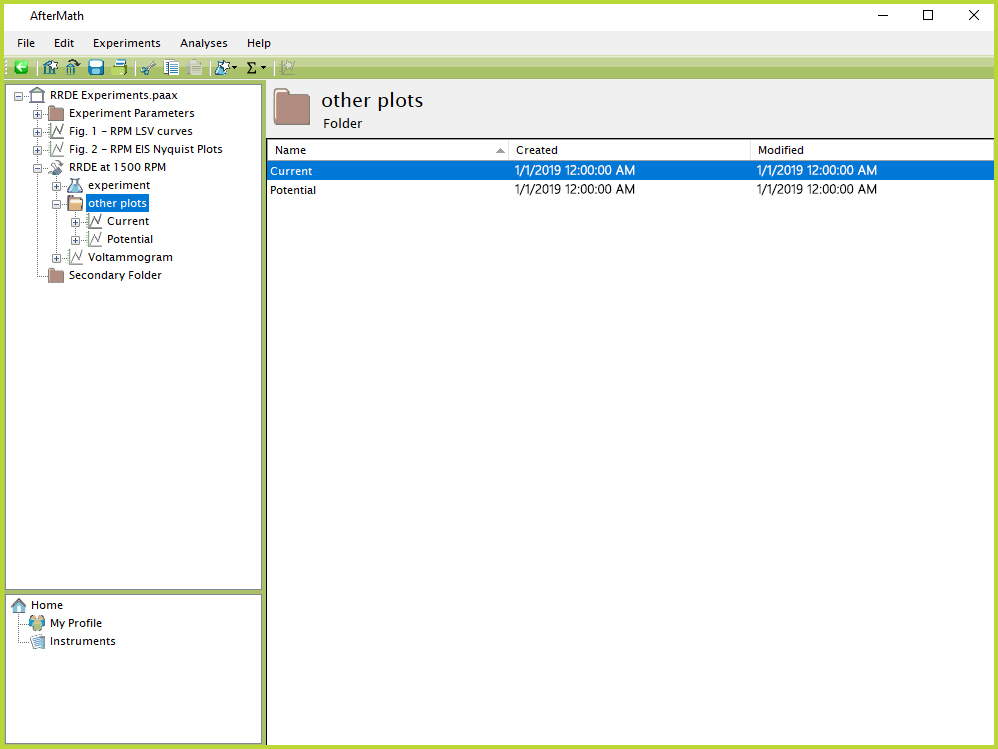 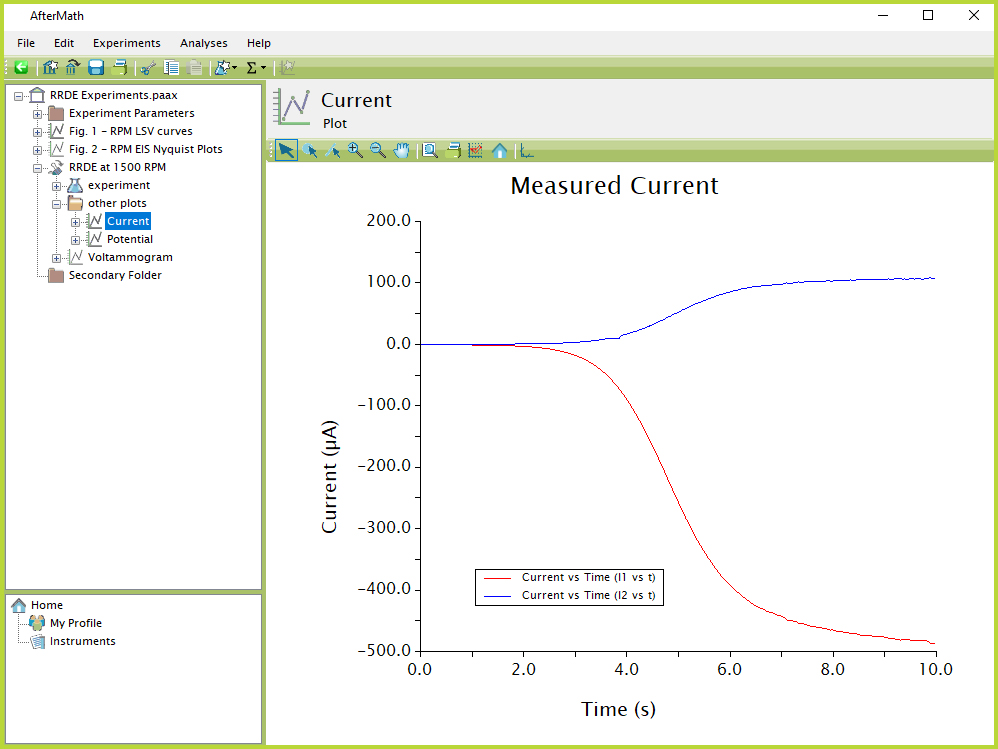 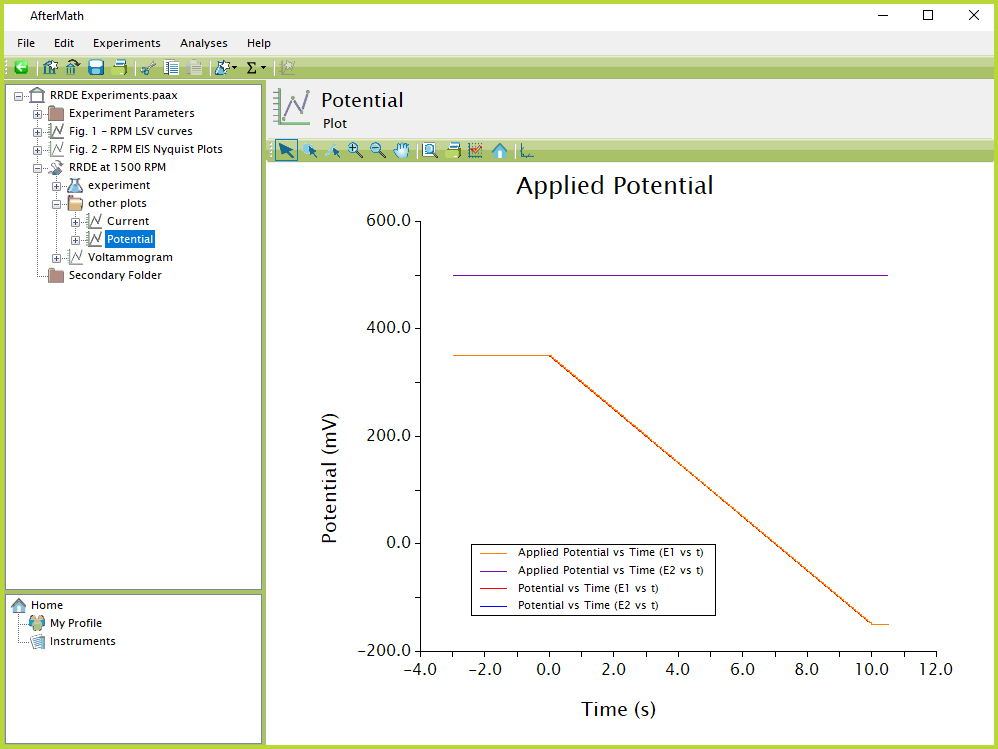