There are two standard types of plots generated from five-column EIS data: Nyquist and Bode plots.  A Nyquist plot normally consists of

, and this type of plot is most commonly used to identify distinctive patterns and shapes in the data (see Figure 1 for examples of Nyquist plots for several different circuit networks). 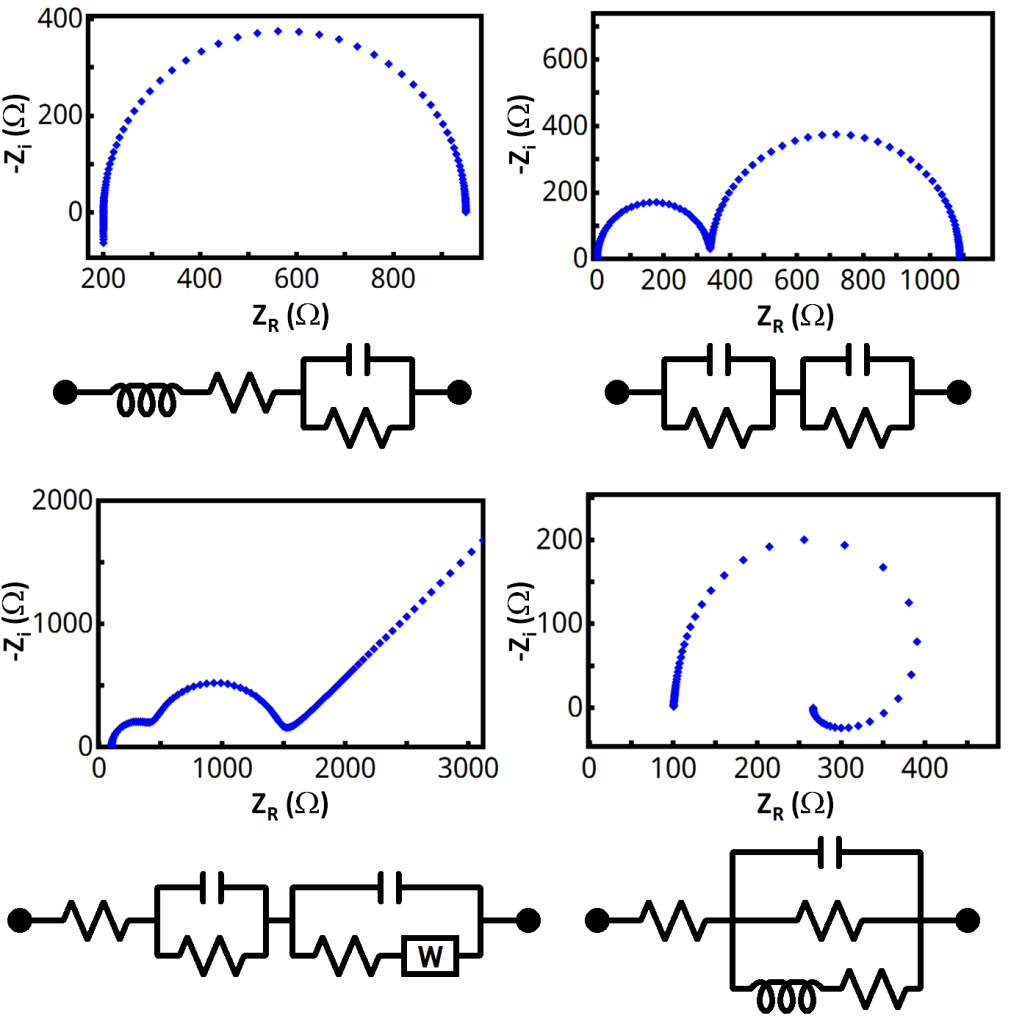 The imaginary impedance values on a Nyquist plot are commonly inverted, or conversely the

axis is sometimes displayed in reverse numerical order, due to the fact that almost all

values are normally less than zero and it is more convenient to view shapes and patterns primarily in the first quadrant on a Cartesian graph (see Figure 1).
Another convention traditionally applied to Nyquist plots is orthonormality, also sometimes called orthogonality, which refers to the usage of a 1:1 ratio for the visual scale of x- and y-axes.  Note that this does not necessarily mean the numerical scales of the axes need necessarily be identical (see plots in Figure 1 for example).  One simple way to think of this principle is that when drawing lines on an orthonormal plot around identical values on both axes, it would always make a perfect square (e.g., connect the points (0,0), (0,100), (100,100), and (100,0), and it will be a perfect square).
Historically, orthonormality was used exclusively on Nyquist plots because some of the ubiquitous shapes (e.g., semicircles and tilted lines) are more easily discerned when viewed on an orthonormal plot.  In modern times, however, some of this plotting necessity has become diminished with the advent of circuit fitting software.  While non-idealities in data can be observed through distorted semicircles and tilted line angles on an orthonormal Nyquist plot, they are also easily visualized and quantified via circuit fitting algorithms.  It can also occasionally be inconvenient to force orthonormality on some Nyquist plots if the data becomes concentrated to a small portion of the plot, leaving large swaths of empty graphical space (e.g., upper right plot on Figure 1).
Those points notwithstanding, it is still widely considered standard form to employ orthonormality to Nyquist plots, and most published EIS data use this convention.  Therefore, it is generally recommended that the user prepare orthonormal Nyquist plots when presenting their EIS data.
Back To Top

The second standard type of plot used with EIS data is a Bode plot.  A Bode plot is a double-axis plot consisting of both

(on the primary vertical axis) and

(on the secondary vertical axis).  Frequency and impedance magnitude are normally plotted on a logarithmic scale, while the phase angle is displayed linearly (see Figure 2 for examples of Bode plots for several different circuit networks). 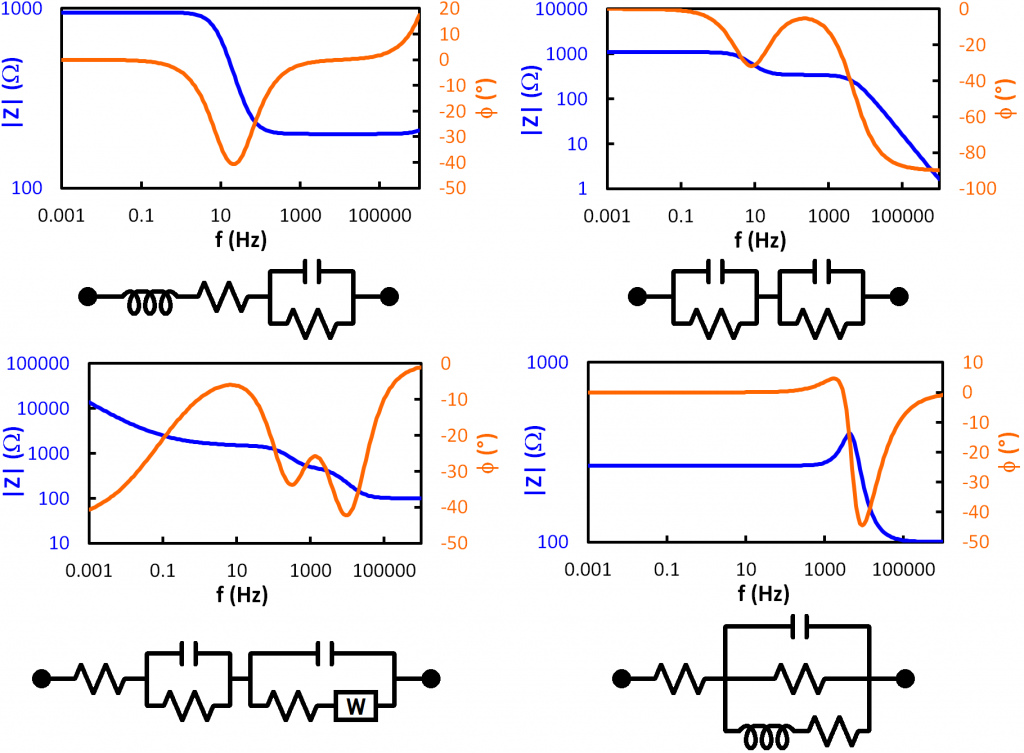