This is often the first step involved in the initial system testing of a new Pine Research potentiostat (both WaveDriver and WaveNow models).  The content in this post can also be found in the respective user guides for these potentiostats.
Back To Top

Launching AfterMath which should already be installed on the computer,

AfterMath Downloads and log into AfterMath (see Figure 1).  Click “OK” on the AfterMath Login dialog window to start the program. 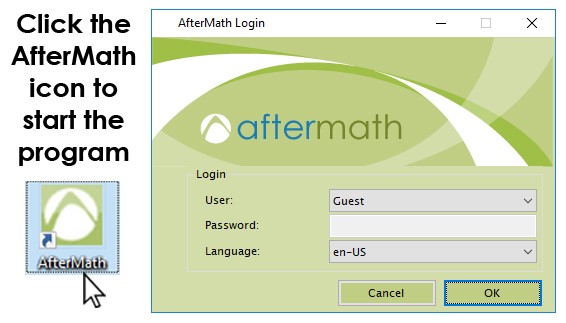 Turn on the instrument using the main power switch and wait for the potentiostat to appear in the AfterMath instruments list.  The instrument should appear along with its serial number under the “Instruments” node (see lower-left portion of the screenshot shown in Figure 2).

NOTE: The name that appears under the "Instruments" node in AfterMath will be specific to the exact potentiostat being tested.  In the example shown in Figure 2, the instrument being tested is a WaveDriver 200 EIS Bipotentiostat/Galvanostat. 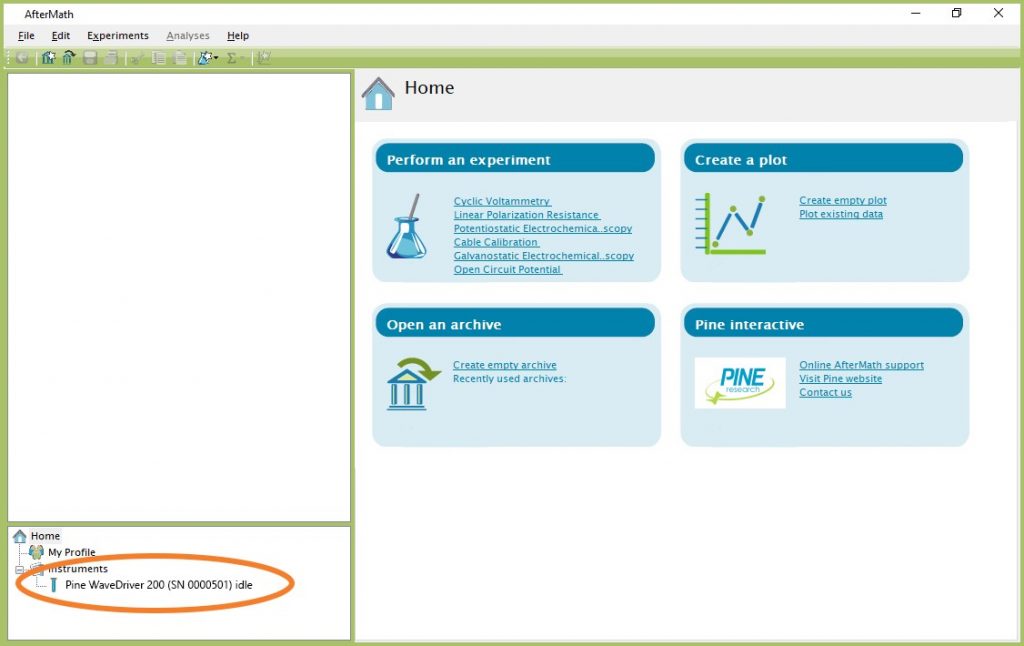 Check the status LED on the front panel of the potentiostat.  After about fifteen seconds, this LED should be green, indicating that the instrument is idle (see Figure 3).  Also, the USB indicator light should flicker occasionally. 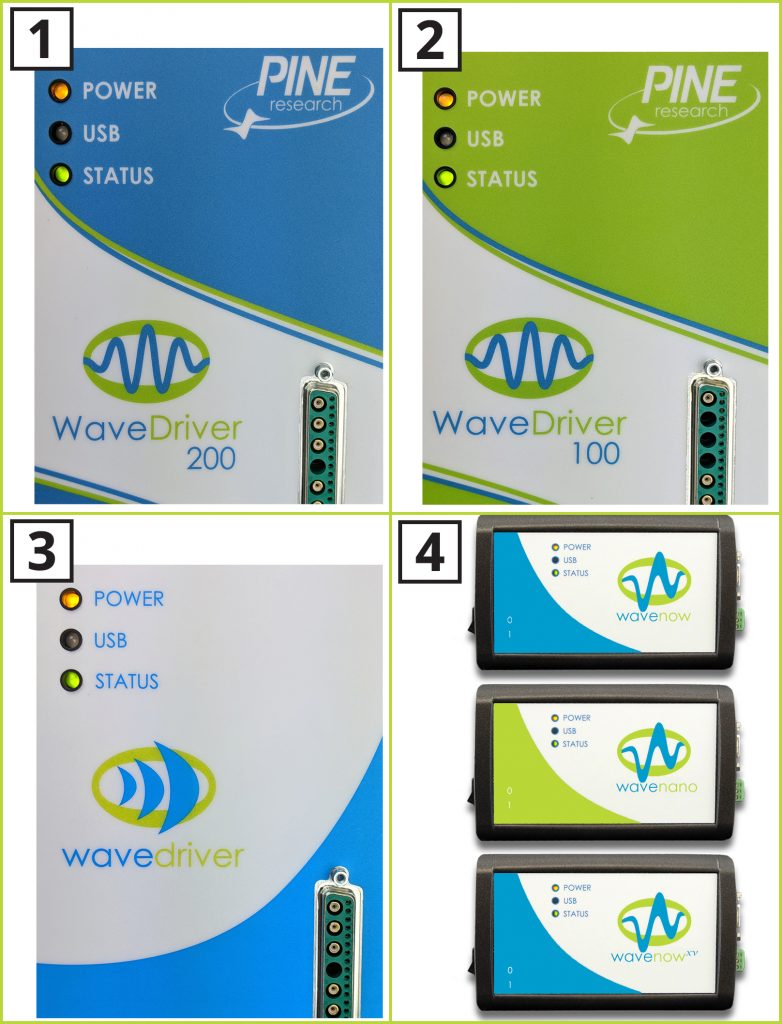 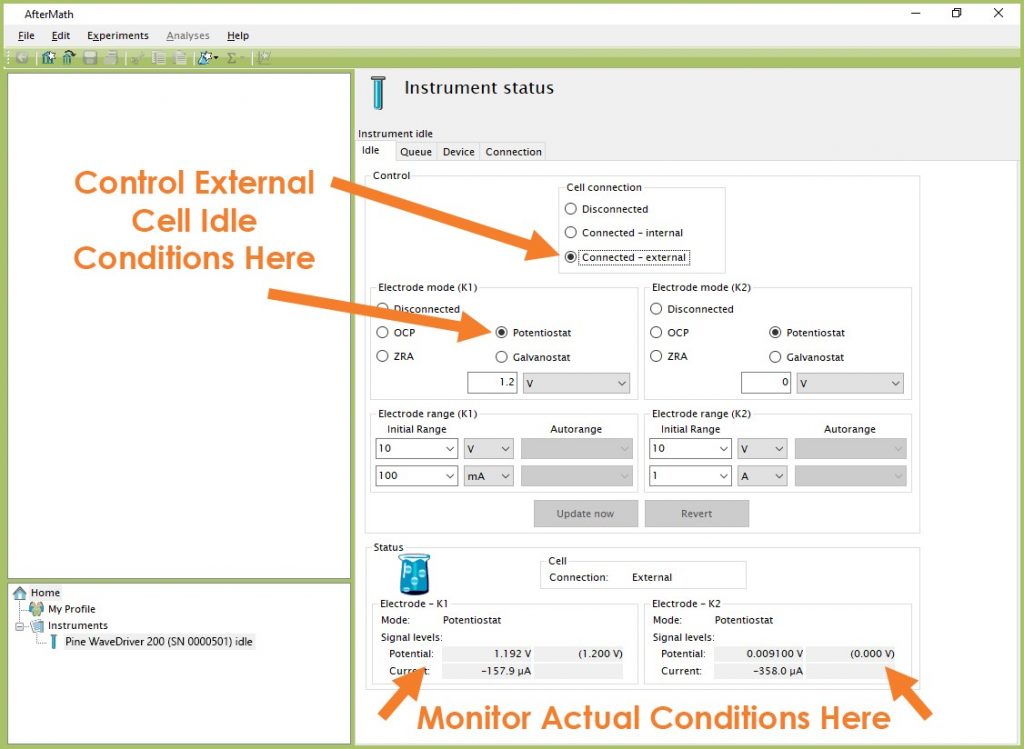 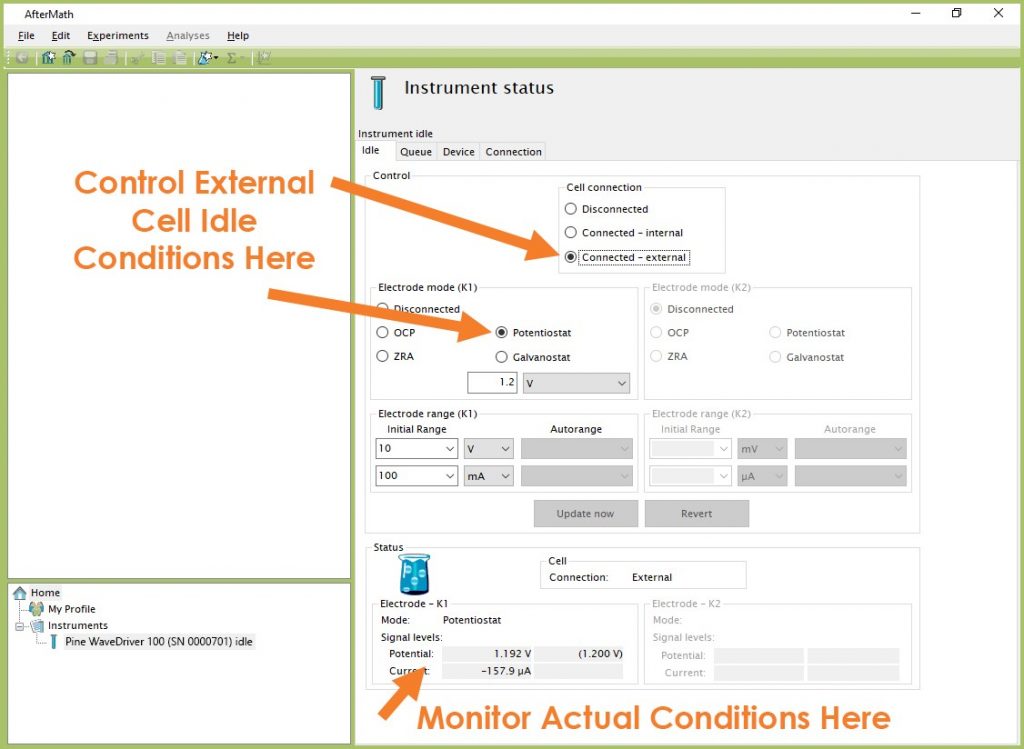