Electrode Range during an experiment to prevent an overload error.  This is particularly useful when performing experiments for the first time where the current or voltage magnitude is unknown.  However, Autorange should mainly be used to determine the acceptable electrode range.  For all subsequent experiments the user should use the smallest electrode range necessary to detect the measured signal.
Back To Top

While Autorange is a useful tool when performing experiments, it can also be the cause of glitches and errors in your electrochemical data.  The electrode range is determined by the selection of A/D converters,

Electrode Range but is also determined by the choice of physical hardware in the potentiostat circuit.  When the electrode range switches there is a physical switch in the hardware of the potentiostat.  Depending on several experimental parameters, the time response of the switch can cause a glitch in your electrochemical data.

Cell and Circuit Switching   The following sections below describe time sensitive experimental parameters that might cause an Autorange error.
Back To Top

For electrochemical techniques that sweep the potential of current as a function of time, fast scan rates can result in glitches when autorange is on.  A typical scan rate for a technique such as cyclic voltammetry 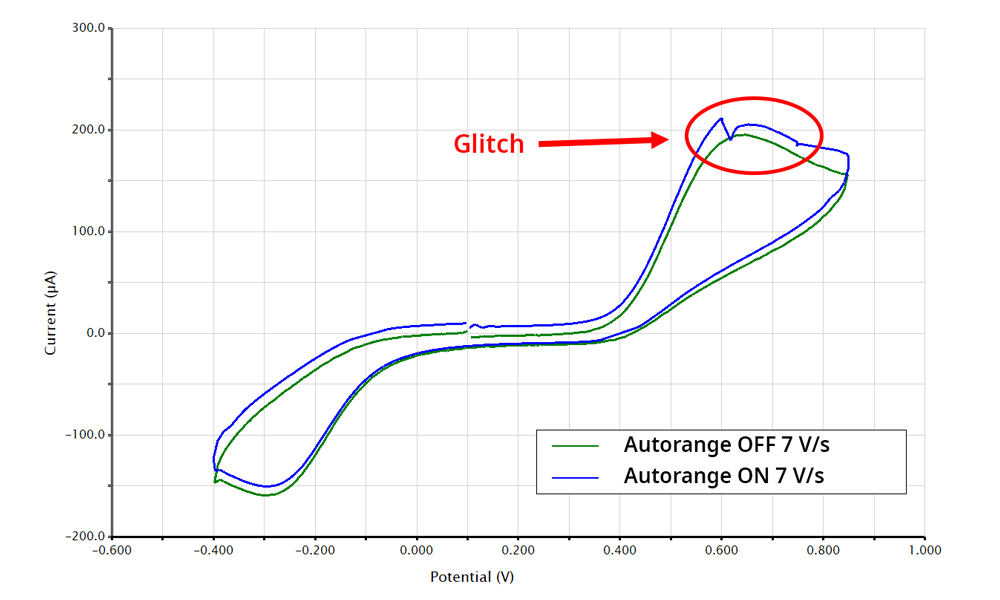 Figure 1. Cyclic voltammogram of 1 mM acetaminophen at 7 V/s with Autorange off (green) and Autorange on (blue). Glitch during forward scan is associated with autoranging at fast scan rates. 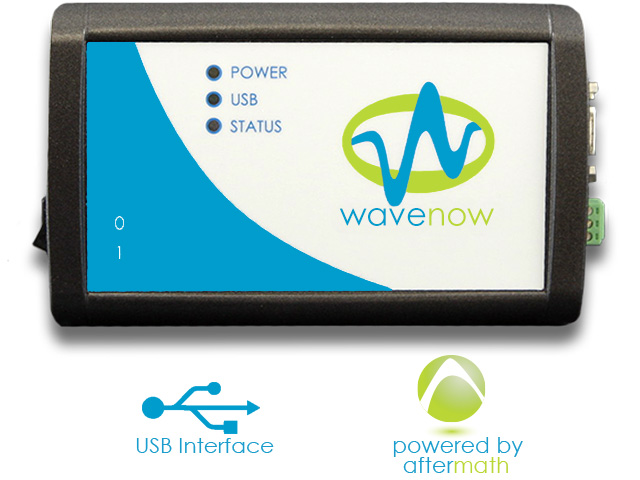 Classic WaveNow Potentiostat which has four current ranges, ±10 μA, ±200 μA, ±5 mA, and ±100 mA.  In figure 1 you'll notice that the glitch occurs right around the + 200 μA, which corresponds to a change in the current range.  While this glitch is easy to observe in the cyclic voltammogram, you can see that more glitches occurred when viewing the applied vs measured potential waveform. 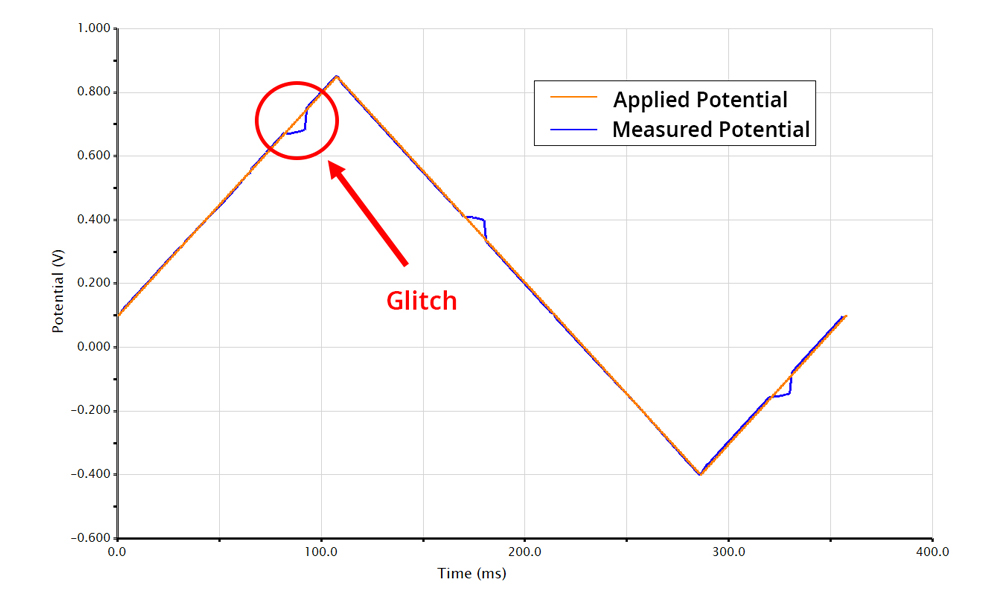 In figure 2, the measured and applied potential should overlap one another, however, there several points where the measured deviates from the applied potential.  When you overlay the waveform with the current vs time, (figure 3), you can see several areas where a glitches in both the voltage and current coincide. 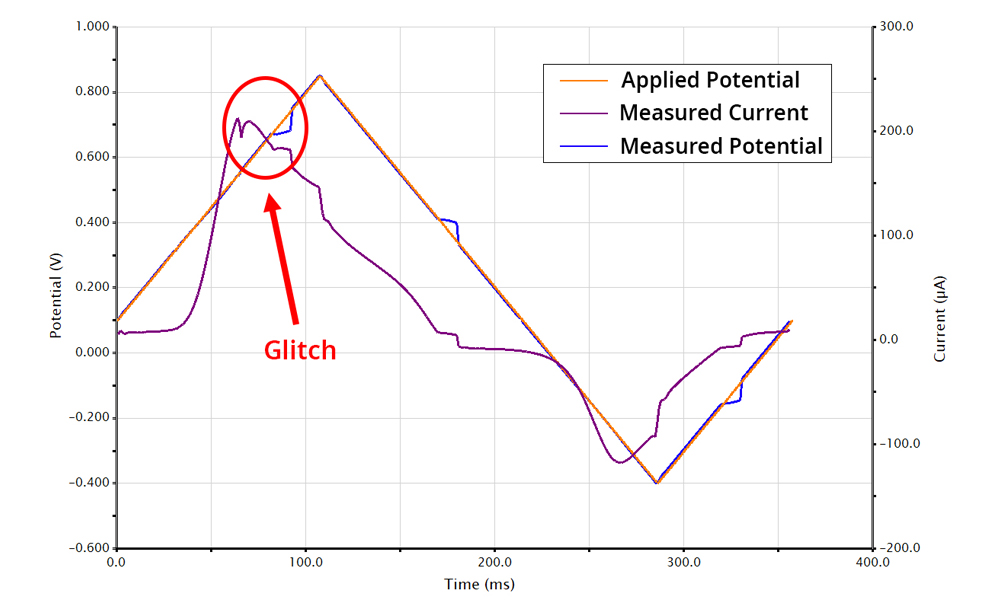 Figure 3. Overlay of current (purple), applied potential (blue), and measured potential (orange) for a cyclic voltammogram with glitches due to Autorange.