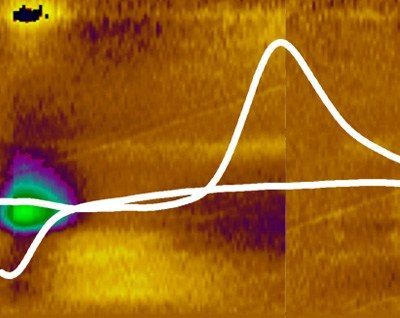 Expand your FSCV capabilities with our new four-channel headstage kit.  Pine Research released the WaveNeuro Four in 2018 and until now, users would have to use four individual headstage cable kits, each having their own headstage amplifier and electrode connections.  The new Four-Channel Headstage Kit solves this issue by providing a single headstage that accommodates up to four channels simultaneously to a common reference electrode.  The features of this new product include the following:

With the WaveNeuro Four Channel Headstage Kit, users can more conveniently connect up to four working electrodes to a single headstage.  To make this possible, the Four Channel Headstage Kit includes an adapter board, to which a special interface cable and four-channel headstage cable connects.  Terminating this assembly are the four-channel headstage-to-microelectrode coupler wires, which includes sockets for four working electrodes (Yellow, Red, Blue, and Green) and one reference electrode (White).

The Four Channel Headstage Kit finds application in several areas, yet to be fully realized by the FSCV research community:

The FSCV community has yet to release seminal papers on the topic of multichannel FSCV.  Pine Research hopes to promote the growth of FSCV into this area by providing a well-designed commercial solution for those needing multichannel FSCV.

Even when no electrodes are connected (connector just in air) to the headstage amplifier cable, which is connected to the WaveNeuro, HDCV will show a current response that follows the applied waveform.  As described below, this is expected.

In this two-electrode configuration, current arising from electron-transfer reactions, such as the oxidation of dopamine, passes between reference and working electrodes.  The measured current passes through the headstage amplifer, where it is converted to voltage, and sums with the the ramp voltage at the inverting input. Mathematically,

is the output voltage,

is feedback resistor (gain), and

is the CV ramp voltage.  By rearrangement, the signal voltage (proportional to the current across the

feedback resistor in the

HDCV software, which supports the WaveNeuro FSCV Potentiostat system, performs software subtraction of the ramp according to this relationship, resulting in only the true differential current measurement.1

R.M. Wightman et. al. have reported on this topic in depth   If, after reviewing this document, you have any questions about our neuroelectrochemical research products, please do not hesitate to contact us.