1The International System (SI) of Units

Many general-purpose spreadsheet and plotting tools are intended for business or financial applications and do not support the concept of scientific units.  AfterMath, however, is a tool designed specifically to meet the needs of scientists and engineers, and one of its distinguishing features is the ability to keep track of proper scientific measurement units.
Internally, AfterMath explicitly associates all numeric data with a scientific unit derived from the International System of Units (SI System)

There are several units of measurement still in use by scientists and engineers that are not part of the SI system.  AfterMath recognizes some (but not all) of these non-SI units.  For example, the plot "Displacement vs. Time" shown in Figure 1 gives the distance in feet (an English unit) versus time in hours (rather than seconds).  Even in this case, however, it is important to note that AfterMath stores the data internally in the appropriate SI units (meters and seconds).  But for display purposes, the data is automatically scaled to match the non-SI units that were chosen for this plot (feet and hours). 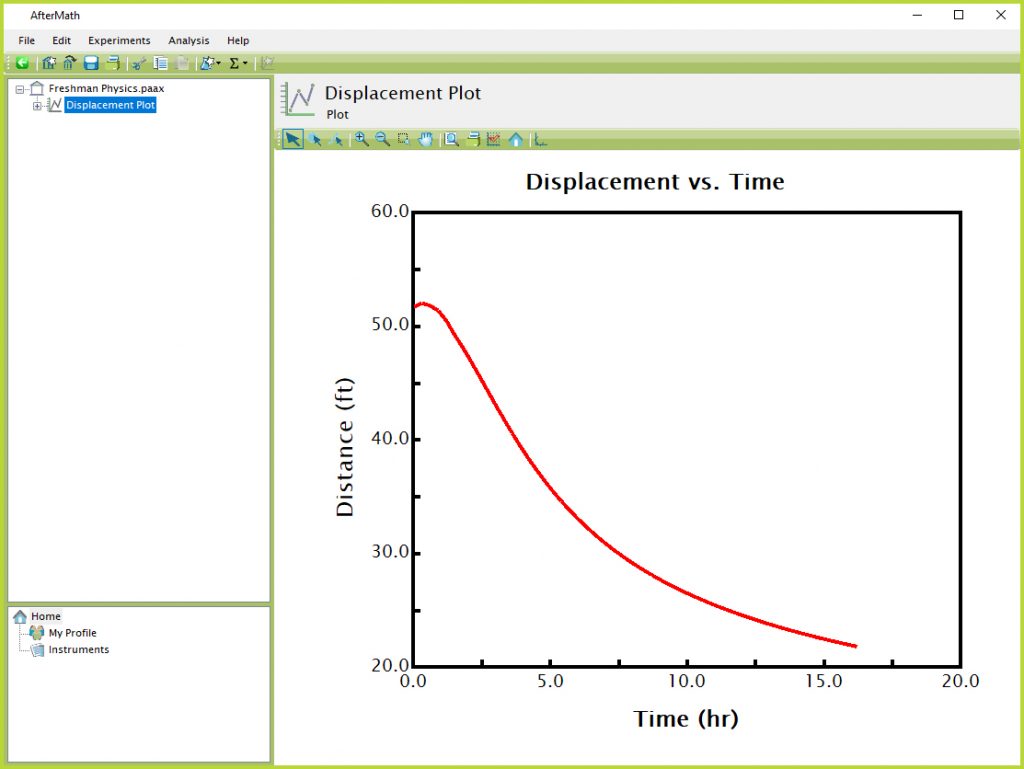 Finally, AfterMath also permits the use of unitless data when necessary.
Back To Top