This test is performed during the system testing of a Pine Research WaveDriver potentiostat (WaveDriver 200, 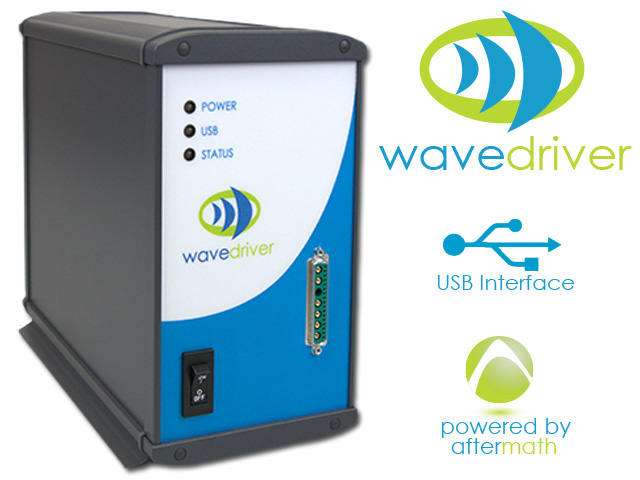 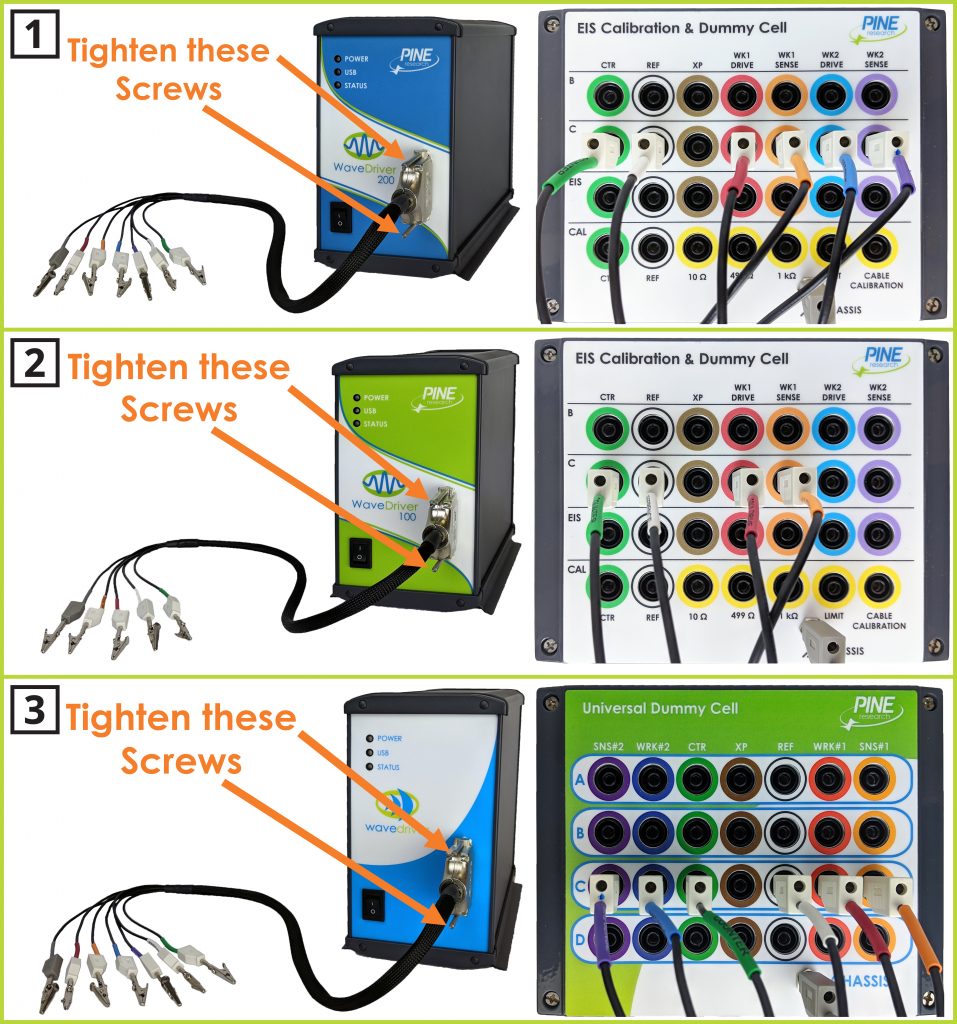 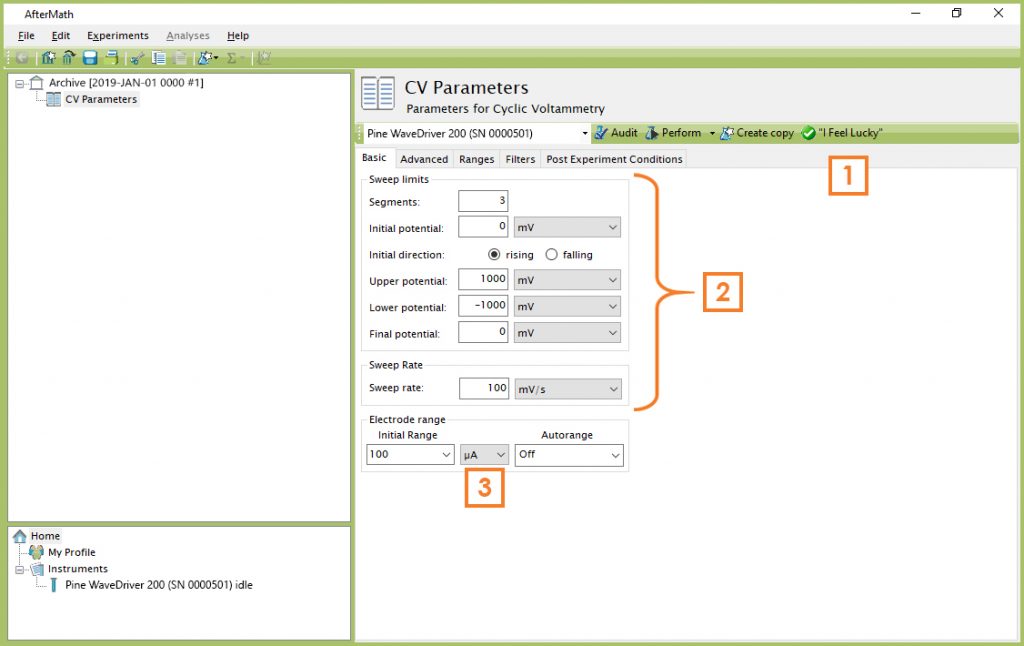 TIP: The "I Feel Lucky" button has been renamed "AutoFill" in versions of AfterMath later than May 2019. Newer versions may appear with this change in terminology; however, the functionality of the button remains the same.

Click the “Perform” button to initiate the CV experiment.  The “Perform” button is located just to the right of the “Audit” button (see Figure 3).  If this step is not possible, consult the AfterMath Installation Guide and permissions files verification step, 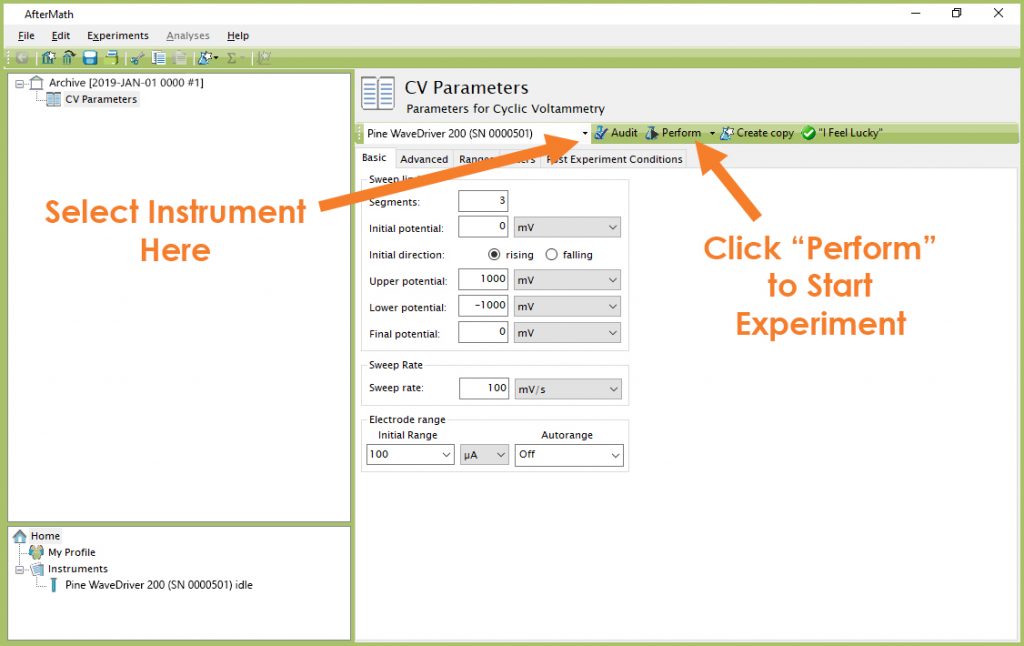 NOTE: If the “Perform” button is disabled (shaded gray), this is an indication that the AfterMath software on the computer is not licensed to control the instrument.  The remedy for this issue is to obtain and install the appropriate permissions files.

Monitor the progress of the experiment by observing the real time plot, the percentage complete value, and the progress bar (see Figure 4). 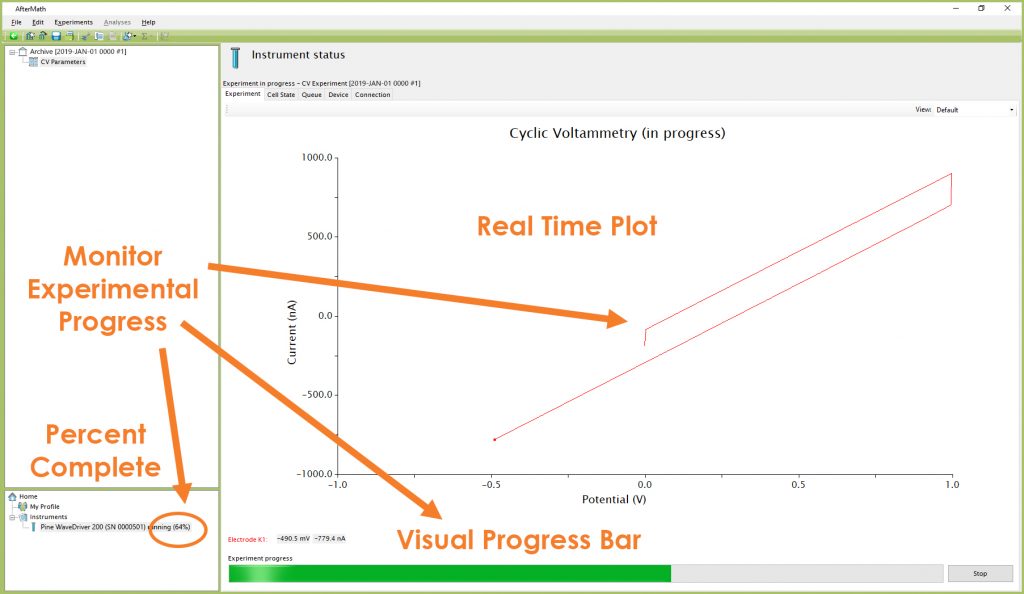 Figure 4. Monitoring the Progress of the CV Experiment

When the experiment is complete, the results of the experiment are placed in a folder within the archive (see Figure 5).  In addition to the main voltammogram plot, additional graphs are available in the “Other Plots” folder.  The results can also be viewed in tabular form under the “experiment” node. 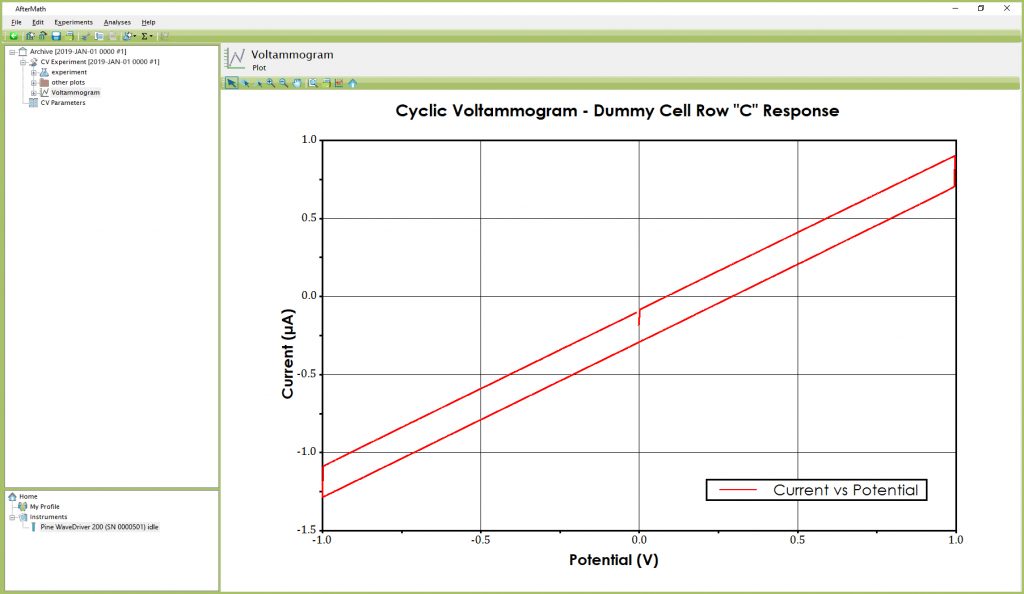 EXPECTED RESULT: The anticipated test result (see Figure 5) is a diagonally-slanted parallelogram. The slope of this parallelogram (~998 nS) is the reciprocal of the dummy cell resistance (~1.002 MΩ.).  The vertical height at any given position along the parallelogram is related to the dummy cell capacitance (see Section 1.7 for more details).

The total resistive load sensed by the working electrode is a series combination of two resistors with values 1.0 MΩ and 2.0 kΩ (see Figure 1 in Section 1.1 of the WaveDriver Dummy Cell Descriptions).

WaveDriver Dummy Cell Descriptions The voltammogram is a plot of current vs. potential governed by Ohm’s Law, as shown in Equation 1:
where

is the current, and

is the resistive load.  Considering that the cyclic voltammogram (see Figure 5) plots current along the vertical axis and potential along the horizontal axis, the slope

is equal to the reciprocal of the resistive load 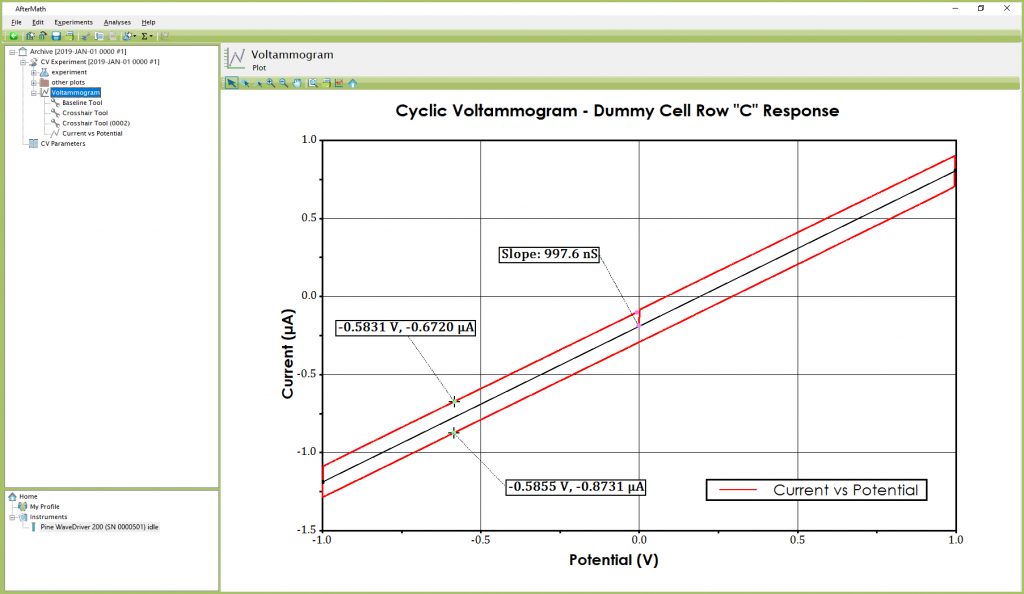 The capacitive load presented to the working electrode is ~1.0 µF (see Figure 1 in Section 1.1 of the WaveDriver Dummy Cell Descriptions).

WaveDriver Dummy Cell Descriptions The vertical separation observed between the forward and reverse segments at any point along the voltammogram is related to this capacitance.  This capacitance is meant to mimic the double-layer capacitance,

, is related to the potential sweep rate,

, and the double-layer capacitance,

, by the following equation:
A cyclic voltammogram across a capacitor consists of a forward (i.e., charging) segment and a reverse (i.e., discharging) segment.  The vertical separation between the two segments at any point along the voltammogram is two times the capacitive charging current.
To measure this vertical separation in AfterMath, right-click on the voltammogram trace and select the “Crosshair” option from the “Add Tool” sub-menu.  Drag the crosshair cursor to any point on the upper segment of the voltammogram and make note of the current and potential at that point (see Figure 6).  Next, create a second crosshair tool and drag it to the lower segment of the voltammogram.  Position the second crosshair at the same (or nearly the same) potential as the first crosshair tool and make a note of the current and potential at that point.
Half the difference between the currents measured at the two crosshair points is the charging current.  For the example shown here (see Figure 6), half the difference in current between the two points is calculated as 0.1006 µA.  With knowledge of the potential sweep rate (100 mV/s), the capacitive load can be calculated as 1.006 µF, which is in good agreement with the nominal capacitance shown in the dummy cell circuit schematic.

EXPLORE ADDITIONAL EXPERIMENTAL RESULTS: Archive nodes often have a “+” sign next to the node name.  Click on this “+” sign to open the node.  In addition to the main plot produced by an experiment, additional results can be found in the “Experiment” node and in the “Other Plots” node.  Nodes may be renamed and organized in folders as desired.