Can electrochemistry help the BRAIN Initiative? 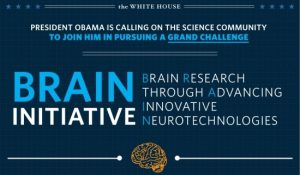 The 256th ACS Fall National Meeting in Boston, MA is fast approaching.  This year’s theme is Nanoscience, Nanotechnology & Beyond. The Kavli Lectures will feature Dr. Jill Millstone of the University of Pittsburgh presenting Metal-ligand chemistry in nanoparticle synthesis and performance and Dr. Harry Atwater of the California Institute of Technology presenting Light as Fuel. In addition, the Kavli Foundation is sponsoring a two-part symposia on the BRAIN Initiative on Tuesday August 21th.  A morning session on Nanoscience & Nanotechnology in Neuroscience & the BRAIN Initiative organized by Dr. Anne Andrews, UCLA and an afternoon session on The Role of the Chemical Sciences in Brain Research & the BRAIN Initiative organized by Dr. Jonathan Sweedler, University of Illinois. 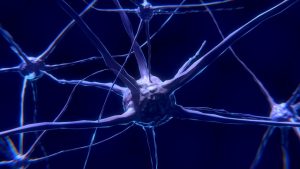 The BRAIN Initiative was started five years ago as a major effort to deepen our understanding of the human brain.  Improved understanding of the workings of the brain will improve the prevention, treatment, and cures for disorders of the brain.  Neuroscientists trying to understand the macroscopic, microscopic, and nanoscopic systems of the brain and how they interact with each other.  As humans, we have a natural curiosity about why we behave the way we do, how we form thoughts, what is consciousness.  Additionally, there many serious brain disorders and diseases that require a deeper understanding of the brain in order to develop effective treatments.  A major aspect of the BRAIN Initiative is not only to learn about how the brain works, but also to develop advanced technologies to study and manipulate the brain.  With billions of neurons in our brain making trillions of neurological connections, no one research field can answer all our questions about the brain.  We’ve all heard about imaging tools to help us learn about the brain, but can electrochemistry be used to help us answer questions about the brain?

Yes, electrochemistry can be used to answer questions about the brain.  In fact, neuroscience researchers have been using electroanalytical techniques for years to study systems from single cells to behaving animals.  For example, a technique called fast-scan cyclic voltammetry (FSCV) has been used to detect the dynamics of electroactive neurotransmitters such as dopamine, serotonin, and adenosine with high temporal and spatial resolution in an intact brain.   FSCV is an electrochemical technique that sweeps the potentials at scan rates up to 5,000 volts per second while measuring the tiny currents generated at a microelectrode.  Typically in an FSCV experiment, researchers implant carbon microelectrodes into brain tissue and monitor the dynamic fluctuations of electroactive neurotransmitters in real-time.  The high temporal resolution enables researchers to better correlate a stimulus with a neurological (often, behavioral) response.  Current research efforts range in focus from expanding the molecular targets being studied with this technique through improving understanding of how neuromodulator signaling alters behavior. 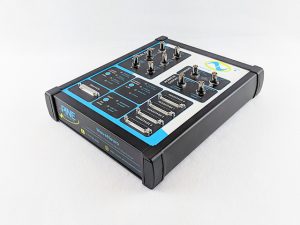 For more information on FSCV, check out the websites of some researchers in the field such as Jill Venton, Parastoo Hashemi, and Leslie Sombers.  While at the ACS meeting, please stop by the Pine Research booth (#2012) to say hello.  We would enjoy meeting you and talking about any of your interests in the field of electrochemistry.